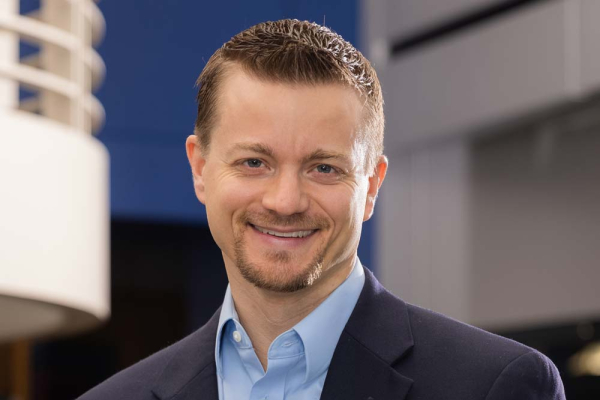 Chris joined Wycliffe in 2005 after visiting some friends who were working for Wycliffe in Cameroon. While there, he saw how naturally the local Kwasio people connected with one another in their own language but how much disconnect there was for people in church when the Bible was read in French, one of the country’s official languages. There was no Bible available in the Kwasio language, so Chris knew he had to get involved.

Then-President Bob Creson invited him to serve as a Special Assistant to the President, serving many Wycliffe partners across the United States. He worked in that role for two years before becoming Chief of Staff and leading the President’s support team.

In 2009 Chris and his wife, Christie, moved to Nigeria. There, Chris served as Operations Director for SIL Nigeria, a Wycliffe strategic partner organization. In that role he oversaw finance, security, communications, information technology and human resources.

In 2014 the Winklers moved back to Orlando and Chris began his role as Vice President for Advancement. Today Chris serves as Vice President for Church and Stewardship Ministries and Chief Advancement Officer, providing leadership in the areas of Church Relations, Partnership Development and Advancement. Church Relations serves U.S. churches and supports them in the ways they hope to engage with the Bible translation movement. Partnership Development comes alongside Wycliffe staff to build, maintain and minister to their prayer and financial partnership teams. Advancement is the team that connects financial partners in the U.S. with people groups around the world in need of Scripture.

Chris and Christie have three young children — Judah, Jovelle and Josiah — whom they homeschool.

Sign up to receive a few emails about our work and our monthly e-newsletter.