“How can I change the world?”

It’s a question we all ask ourselves at some point in our lives. We want to figure out the answer, hoping it will bring meaning and purpose to our lives. Because the truth is that when we turn on our televisions or see the news alerts on our phones, nothing but tragedy and brokenness and sorrow seems to greet us. This constant barrage of information can make it difficult to even know where to begin in our world-changing crusade.

But what if we’ve been asking the wrong question all along? 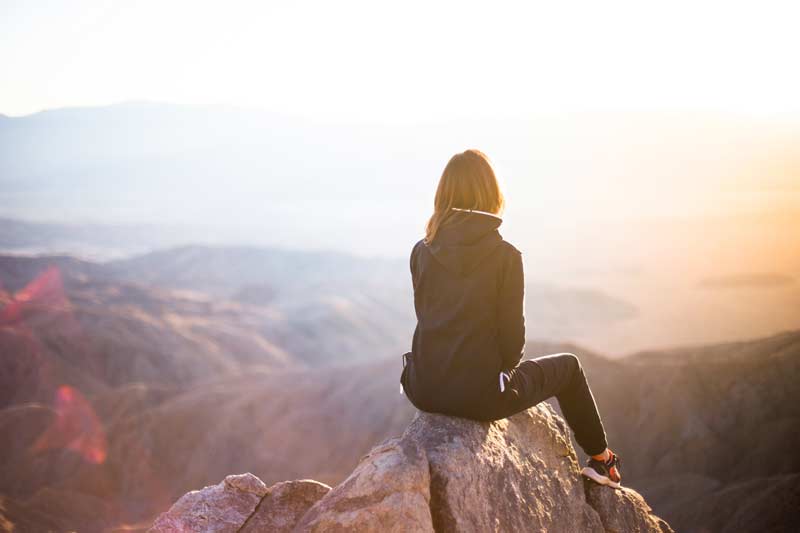 During the final semester of my sophomore year of college, I was consumed in prayer. I spent pretty much all of my free time asking God to reveal the plan for my life. I wanted to know what I was supposed to do to make the world better.

And then, by divine appointment, I sat in church one night and listened as the pastor told us that asking God to reveal the plan for our lives might be the wrong prayer. Instead the pastor challenged us to ask God this: “God, what is your plan for the world and how do I fit into it?”

That prayer has changed my life each time I’ve dared to pray it. And that’s what the people in this article did. It’s likely that when they listened to the voice of God telling them to take one step, and then another in faith that they had no idea they’d start global movements or impact thousands of lives.

But that’s what happened.

And all because these people dared to stop long enough, fix their eyes heavenward, and ask how they could use their gifts and talents for God’s glory. 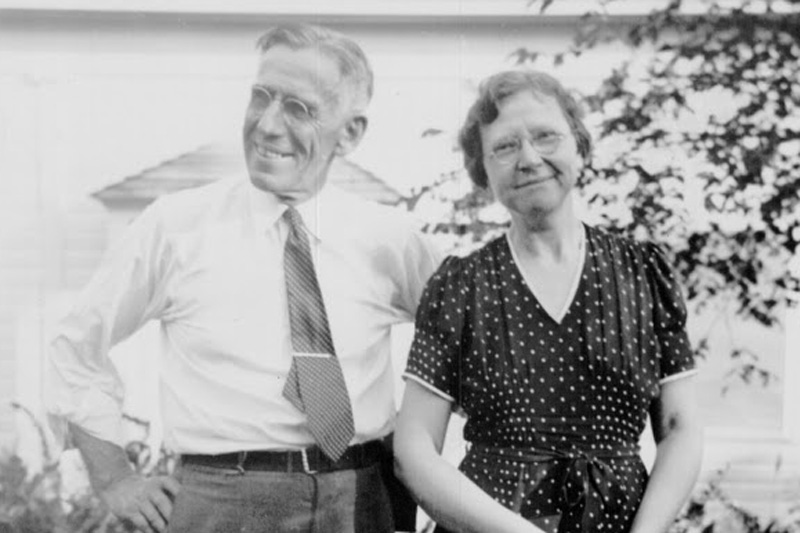 Leonard Livingston (L.L.) Legters was one of the most significant leaders in Bible translation. He was the co-founder of organizations that would one day become Wycliffe Bible Translators and the Summer Institute of Linguistics (SIL).

Together, Legters and Cameron Townsend worked to expand their vision of Bible translation. Legters was a passionate speaker and lecturer, becoming one of the most sought-after speakers in the nation by 1920.

L.L. Legters was direct when he spoke, and his love for Scripture and desire to see it translated into all languages never wavered.

On Nov. 11, Legters and Townsend prayed fervently for doors to open so the work of translation might expand to Mexico. And Wycliffe still commemorates that day of prayer today! 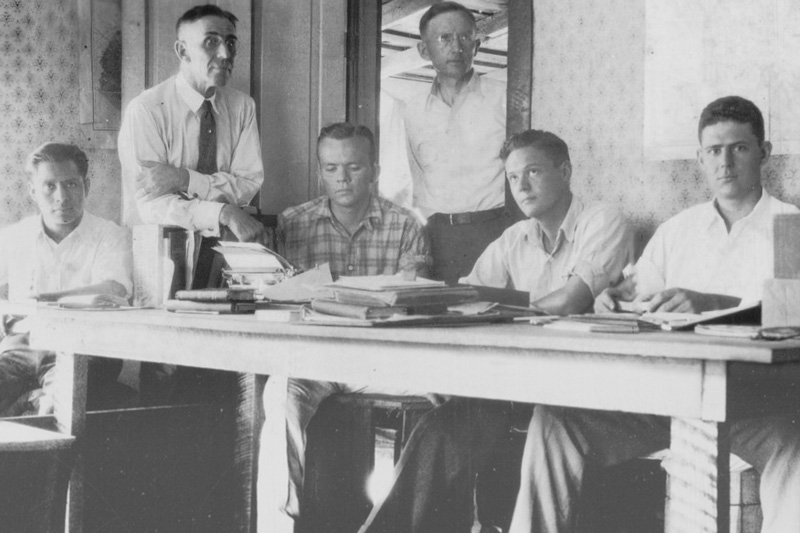 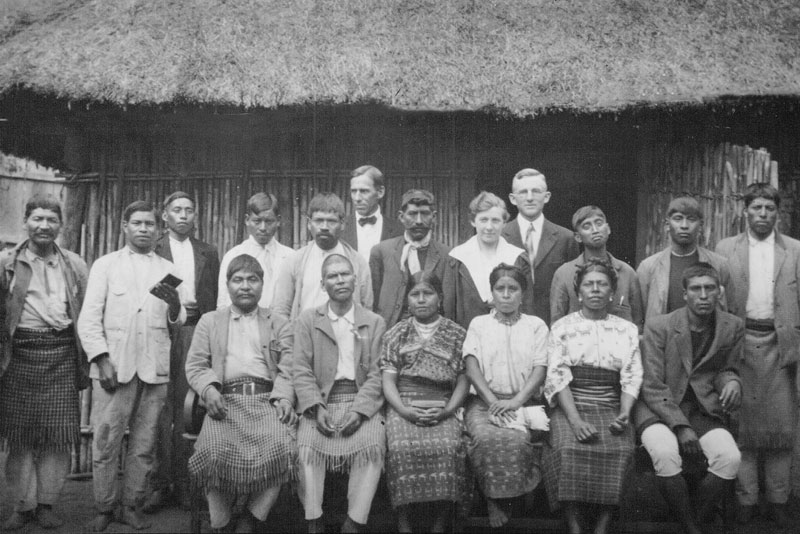 Left: L.L. Legters and William Cameron Townsend are the co-founders of the organization which will one day be known as SIL.
Right: L.L. Legters attends the first Cakchiquel Bible Conference in 1920. 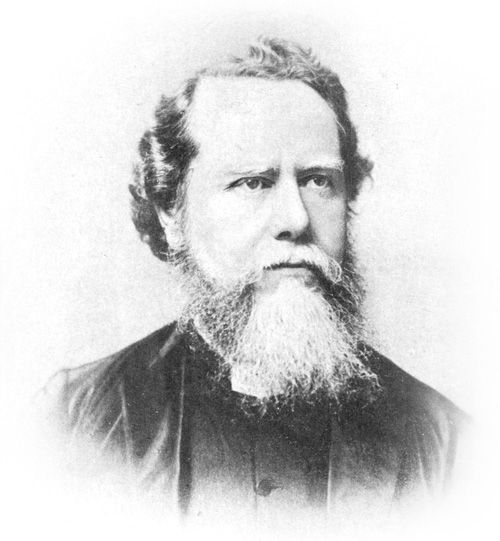 Hudson Taylor wanted to take his Christian faith to China — and he did in an incredible, world-changing way. Though he encountered numerous struggles while there, Taylor made it his mission to bring the gospel to China and was discouraged when many of his English missionaries did not feel the same way. 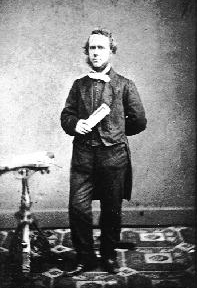 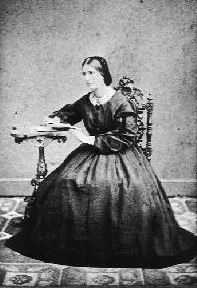 Taylor was just 21 years old when he first set sail for China in 1853. It was there that he met his future wife, Maria, and they were married in 1858. Over his lifetime, he spent 51 years in China.

But Taylor persisted, even working to translate the Bible into Chinese when health concerns forced him to return to England.

Taylor was so passionate about reaching those in China with the hope of the gospel that he formed an organization called China Inland Mission (now OMF International). All of its missionaries relied on God to meet their needs. 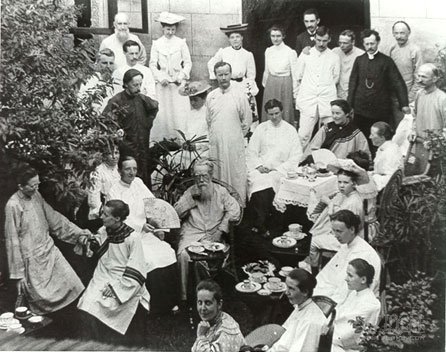 Hudson Taylor, seated at center, was known for embracing Chinese culture, even in dress.

Taylor was bold, passionate and unashamed about his mission. But it was his persistence and complete faith in God to provide his and the ministry’s need that allowed the work to continue — even to this day! 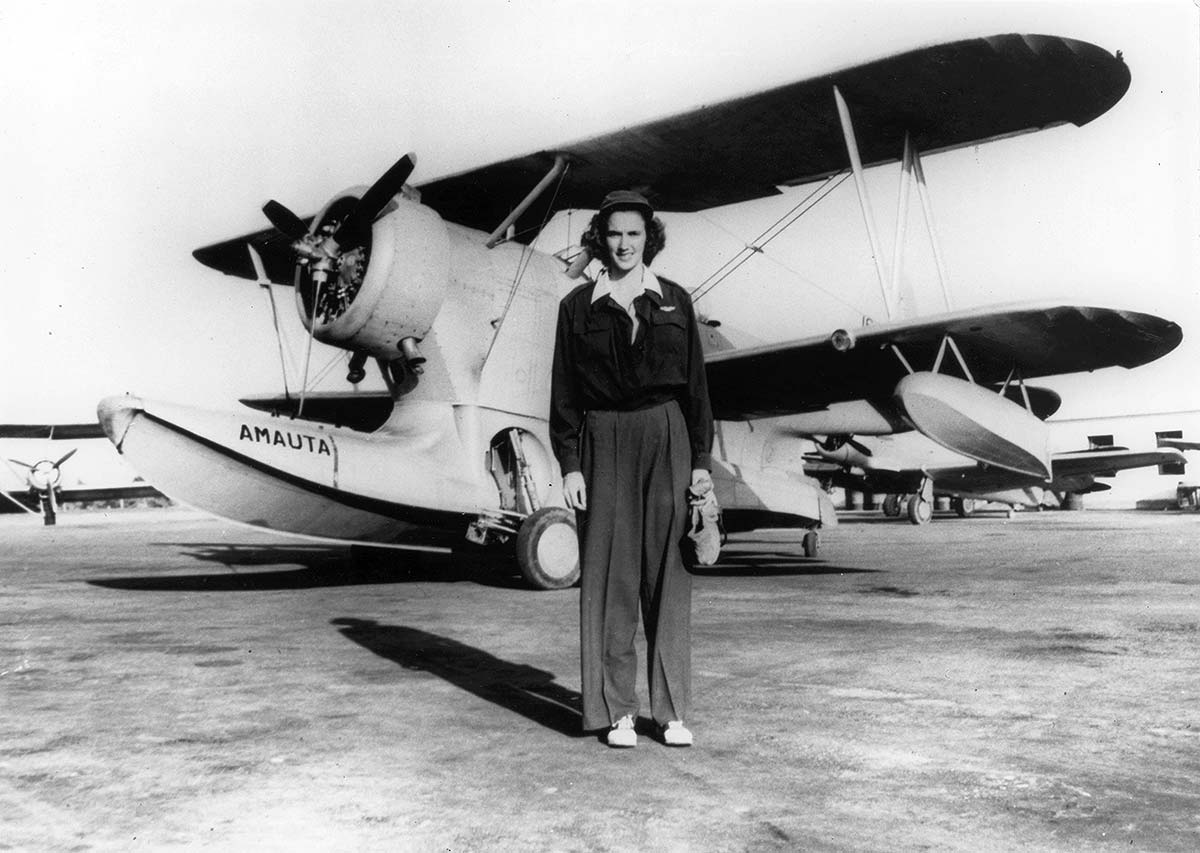 From a young age, Betty Greene developed a love of aviation. When she realized that she could combine her passion for flying with mission work, she was overjoyed. Greene served with the WASPs (Women Airforce Service Pilots) during World War II and flew military planes. 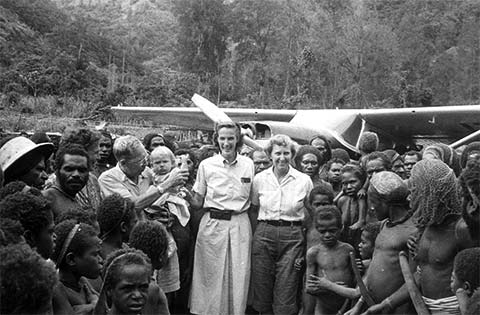 Betty (in the white skirt) with missionaries in Papua, Indonesia. She could fly a variety of aircraft and was also an aviation mechanic. Photo: MAF.

In 1946, Greene made the first official Mission Aviation Fellowship (MAF) flight when she flew two Wycliffe missionaries from California to Mexico.

Betty Greene served with MAF as a pilot for 16 years and flew to different countries around the world. 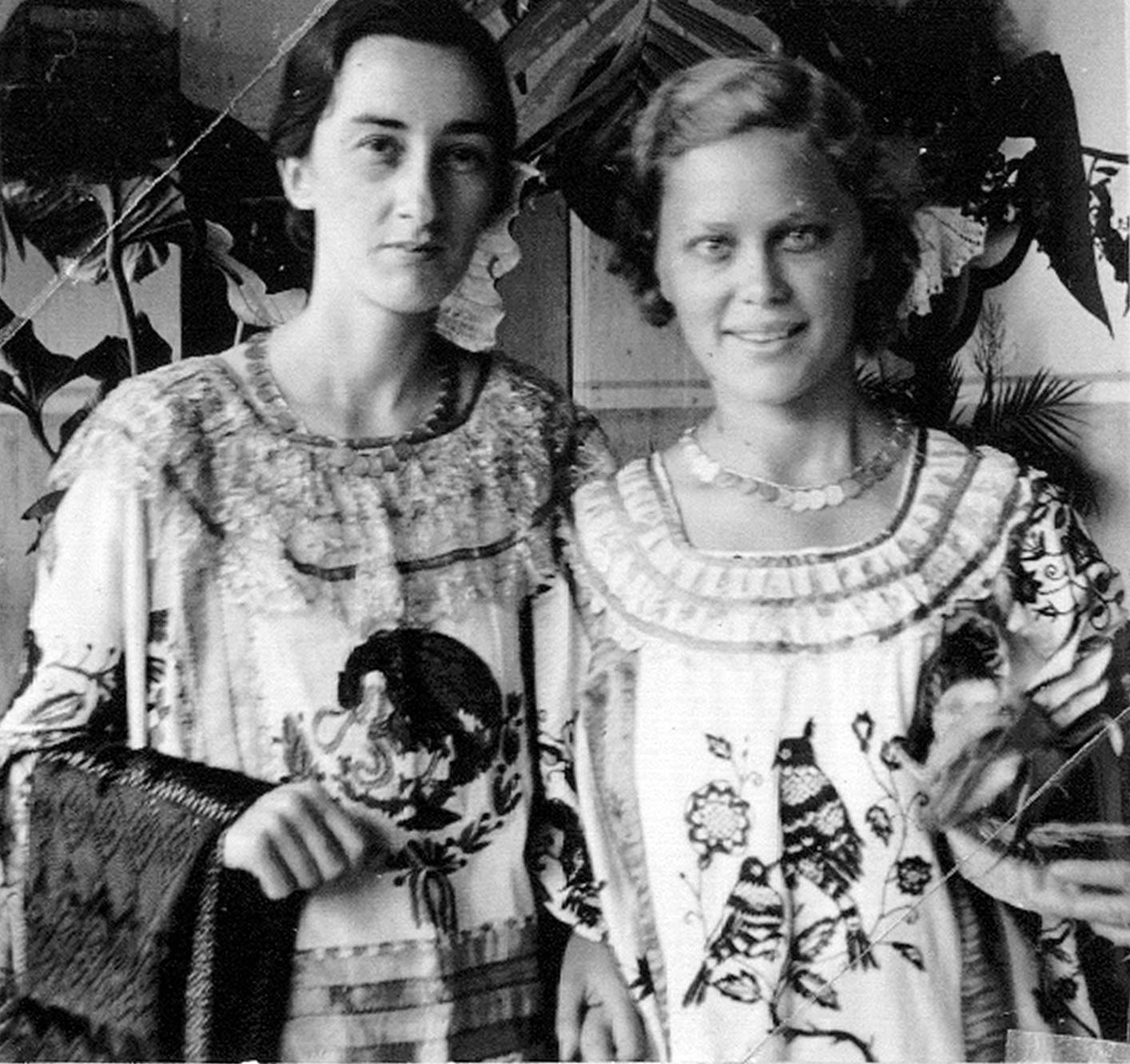 Florence (Florrie) Hansen and Eunice Pike were the first team of single women to begin translation work with SIL.

During a time in which women — especially single women — were expected to adopt certain roles, Florrie and Eunice challenged the perception of what a woman could or should do in missions. 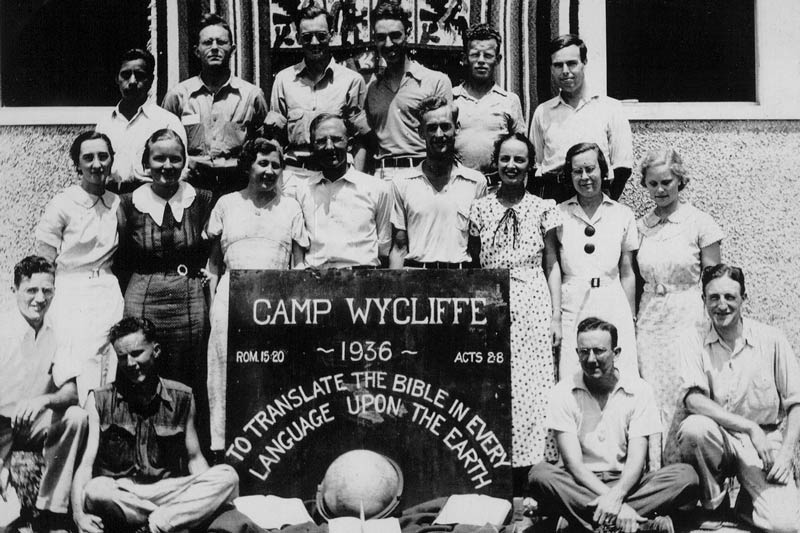 After facing initial hesitation from the men around them for wanting to go into the field, the women challenged Cameron Townsend with this question: “Why don’t you believe God can take care of us?”

Because of their willingness to follow God’s calling, Florrie and Eunice paved the way for women in missions. Through their efforts, they opened the door for many single women to participate in Wycliffe and SIL’s ministries for years to come. 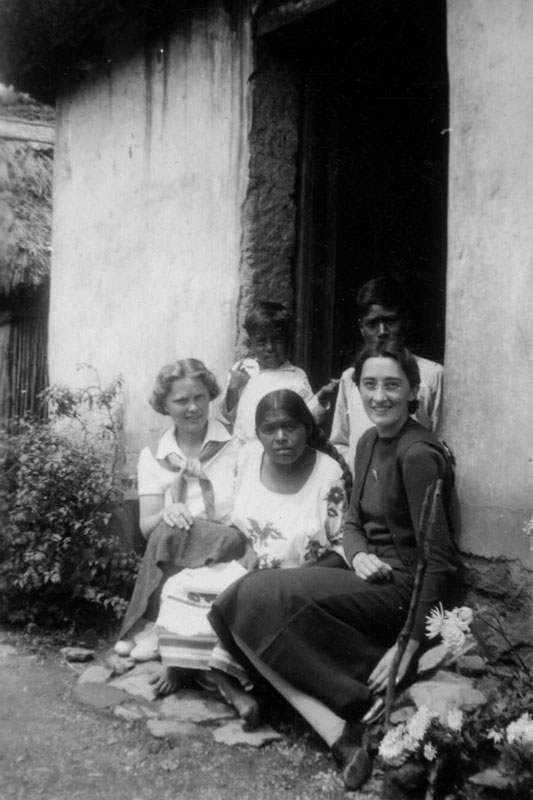 Florrie (far left) and Eunice (far right) believed God would take care of them wherever they went. 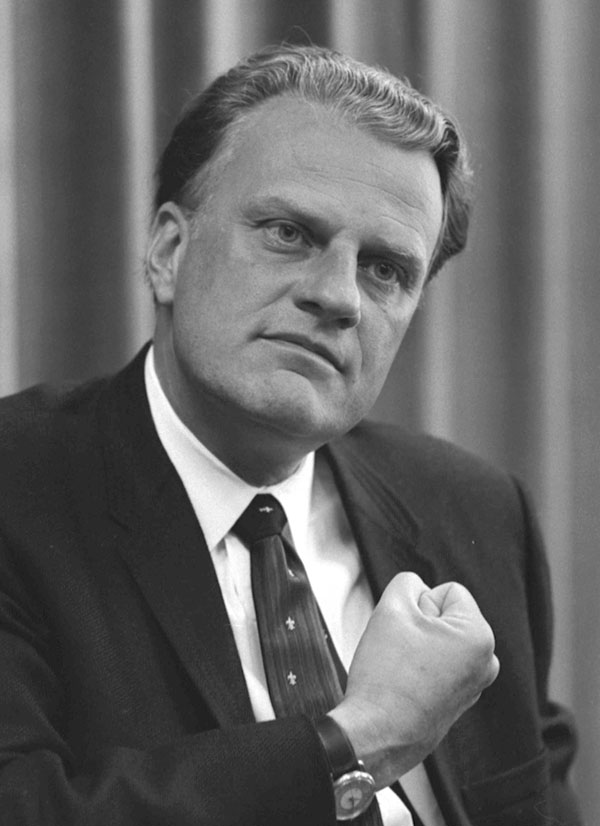 Billy Graham is one of the world’s most renowned preachers, evangelists and authors. He is perhaps most known for his revivals and crusades, preaching in front of thousands of people and asking those who wanted to know Christ to come forward.

In the 1950s, Graham pursued integration in these crusades, even when some in his own circle objected. He also served as the spiritual adviser for 12 American presidents. Graham’s influence helped pave the way for future evangelists and preachers. 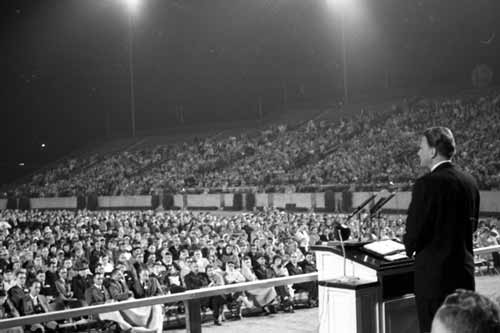 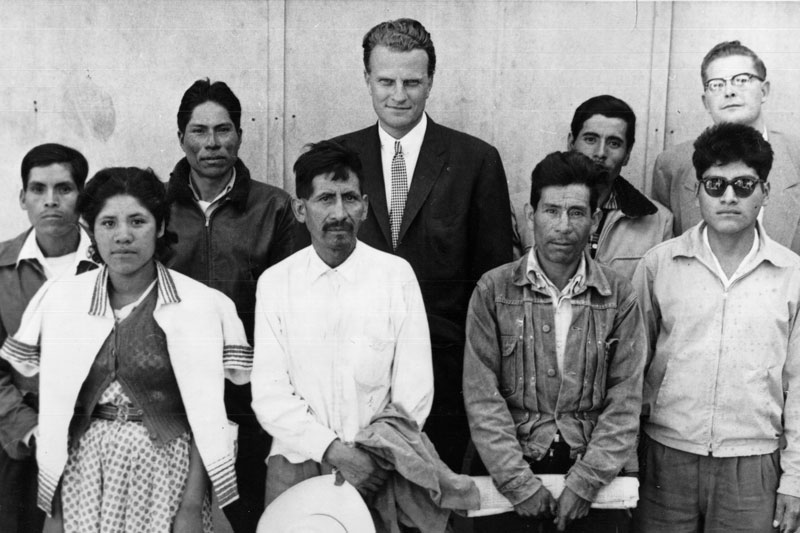 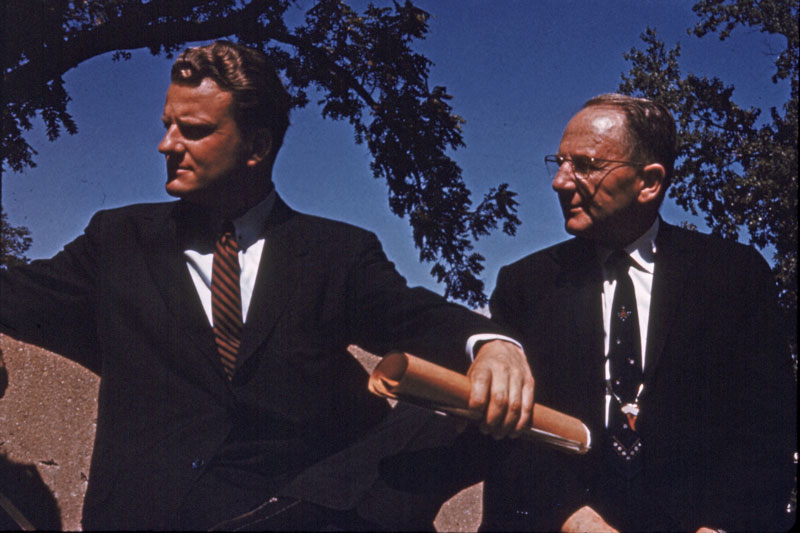 Left: Billy Graham speaks in Tallahasee, Florida.
Center: Graham with Tarascan Christians during one of his crusades in Mexico.
Right: Graham encouraging his friend and Wycliffe founder William Cameron Townsend.

Billy Graham supported the efforts of Bible translation around the world, encouraging his friend and Wycliffe founder William Cameron Townsend.

Now 99 years old, Graham still uses his platform to share the gospel with people all around the world. 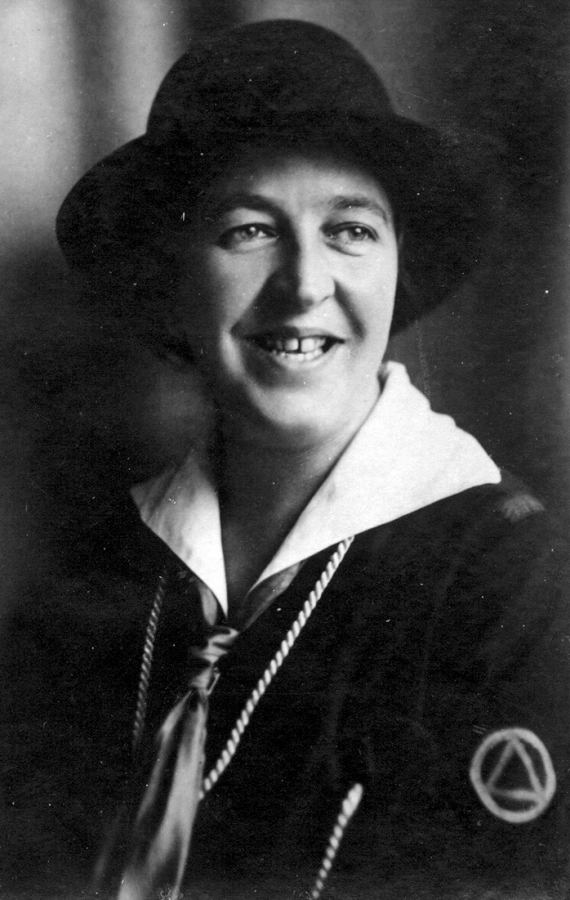 During World War II, Corrie ten Boom and her family helped Jews hide from the Gestapo, the feared secret police of the Nazi regime.

The ten Boom family were faithful people, who sought to help those in need in any way they could — whether through offering food, money or shelter. Corrie took up the family business of watchmaking and, in 1922, she became the first woman to be licensed as a watchmaker in Holland. The watch shop provided shelter for those seeking refuge from Nazis — the ten Boom family even constructed a secret room within their home to hide people. 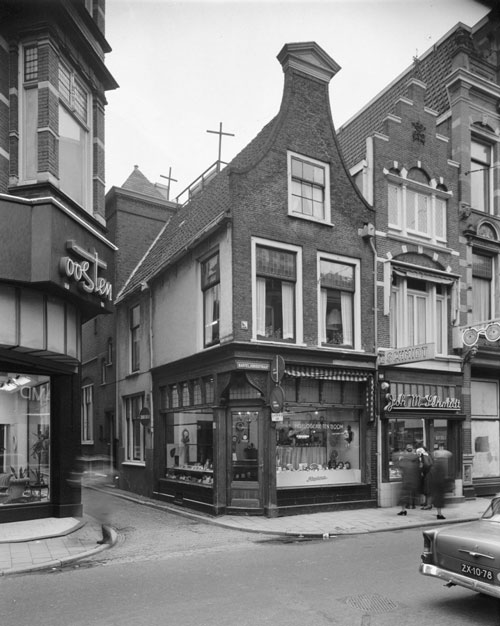 Corrie ten Boom saw injustice in the world, and her faith would not allow her to sit idly by while it happened. Even though she and her family were incarcerated for their actions, Corrie was able to forgive those responsible for her family’s suffering and deaths. Eventually she set up a rehabilitation center for Holocaust survivors. It’s estimated that her family’s actions during World War II saved hundreds of lives. 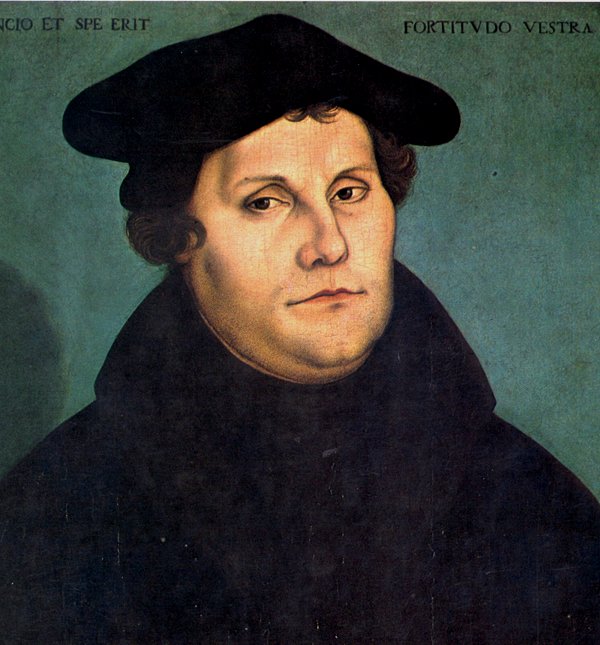 2017 marks the 500-year anniversary of Martin Luther’s world-changing stance nailing his 95 theses to the door of Wittenberg’s Castle Church. Luther’s document challenged the authority of the pope and the Catholic Church, believing that everyone had the right to understand and read God’s Word.

Luther’s firm belief that everyone deserved to read Scripture for themselves, rather than have someone read or interpret it for them, was a radical notion — one that set about the Protestant reformation. He translated the Bible into the common language, setting about a radical transformation in the church. Because of Luther’s convictions, people around the world are able to read and understand God’s Word in their language. 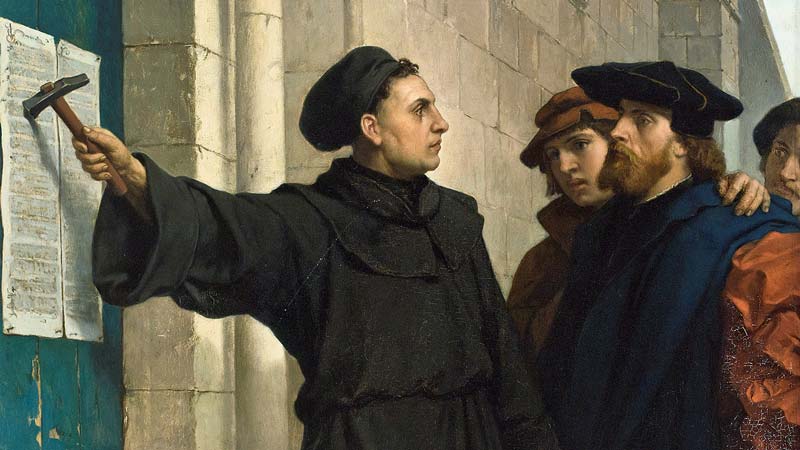 Martin Luther nails his 95 Theses to the Wittenberg door. Putting annoucements and other writings on this door was common practice.

The people in this list didn’t necessarily set out to change the world; they simply took action on what God put on their hearts.

But if we believe God’s Word to be true, he tells us that we are meant to be world-changers for his glory. “You are the light of the world—like a city on a hilltop that cannot be hidden,” Jesus said (Matthew 5:14, NLT).

Whether you’re a teacher, artist, student, missionary, mechanic or anything in between, you have the opportunity to change the world around you. Ask God how you can fit into his plan for the world.

You might just be amazed at how he answers.

Give to World Changers

Your gift can help world changers make a difference through Bible translation!

Give to World Changers