The first thing I notice when I step into the Siwu-speaking village of Akpafu-Odomi in Ghana, West Africa, is the distinct smell of cocoa. 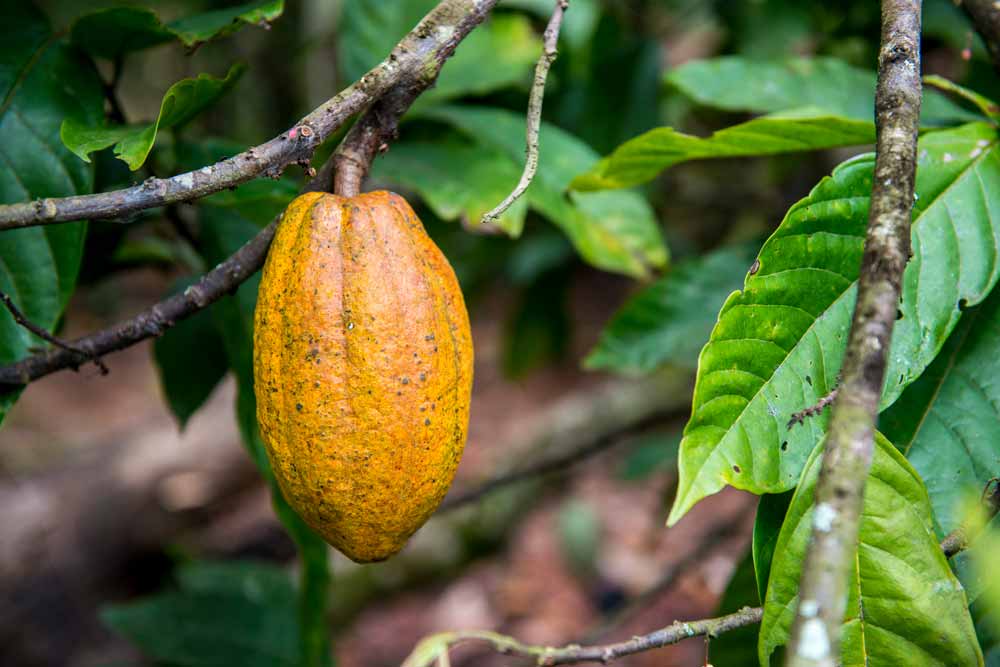 It wafts through the air as I walk along the red dirt roads, while men and women sift and clean the cocoa beans on wooden mats.

The second thing I notice in this community is that God is everywhere.

There are churches aplenty in the tiny village — but it’s more than just that. As I walk up and down little rocky paths, I find that people have written spiritual messages on their homes.

The first one that I discovered was easy enough to miss because it was cracked and weathered by the elements and the passage of time. Written above an old wooden door it says: “Do good to your enemies.” 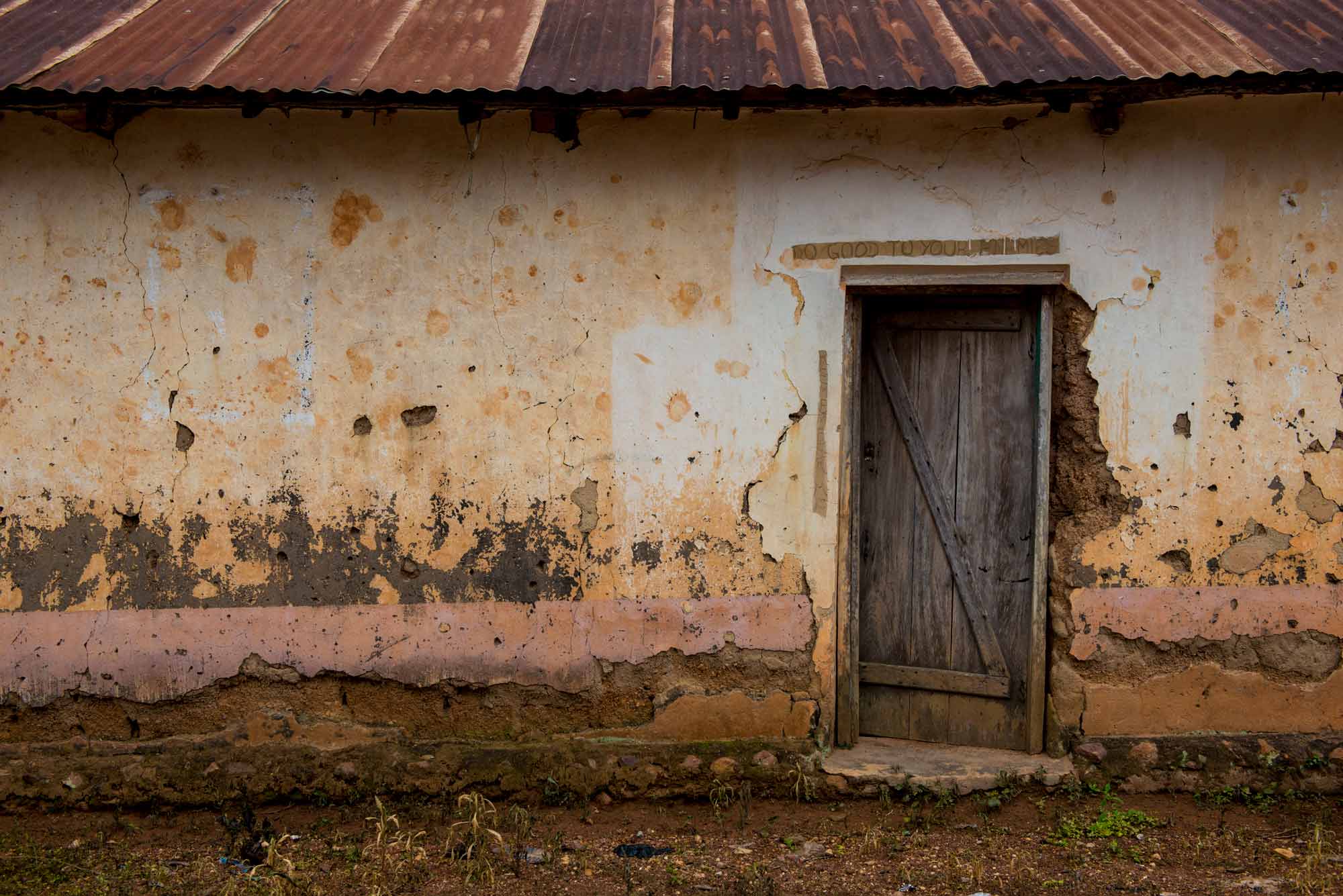 And halfway down a sloping hill on the side of a pale pink building are the words: “Relax. God is in control.”

God is in the village — being praised beyond church buildings to the everyday spaces of homes and backyards and schools. Because now the Siwu people know he speaks their language.

English is the official language of Ghana, used in major cities and even throughout villages. But there is also a local trade language called Ewe that most Ghanaians use in their churches and villages — even though this isn’t the language that speaks to their hearts.

Isaac Kraboe, a former catechist (spiritual teacher) for the Global Evangelical Church and resident of the Akpafu-Odomi village, explained it to me this way:

“The Word of God was introduced to us in a foreign language — Ewe. But we are not Ewes. When we go to school, we learn Ewe. And those who don’t have the chance to go to school find it very difficult to speak and understand the language.”

Akpafu-Odomi, like most villages in the region we visited, is a rural farming community. When children are grown, most leave the village to find jobs in bigger cities.

Since people in cities primarily speak English or Ewe, the adults find it necessary to prioritize these languages of Ghana over their mother tongue: Siwu.

As a result, the use of the Siwu language declined — to the point where Siwu speakers wondered whether or not their mother tongue could continue on or even had any value. They really doubted that God would understand them if they spoke in anything other than English or Ewe. And because they couldn’t fully understand Ewe, all hope of having a relationship with God seemed lost.

But when the New Testament translation work in Siwu was completed and the gospel was brought into the Siwu churches, people began to see themselves and God differently. Suddenly God wasn’t foreign or just the God of Ewe. 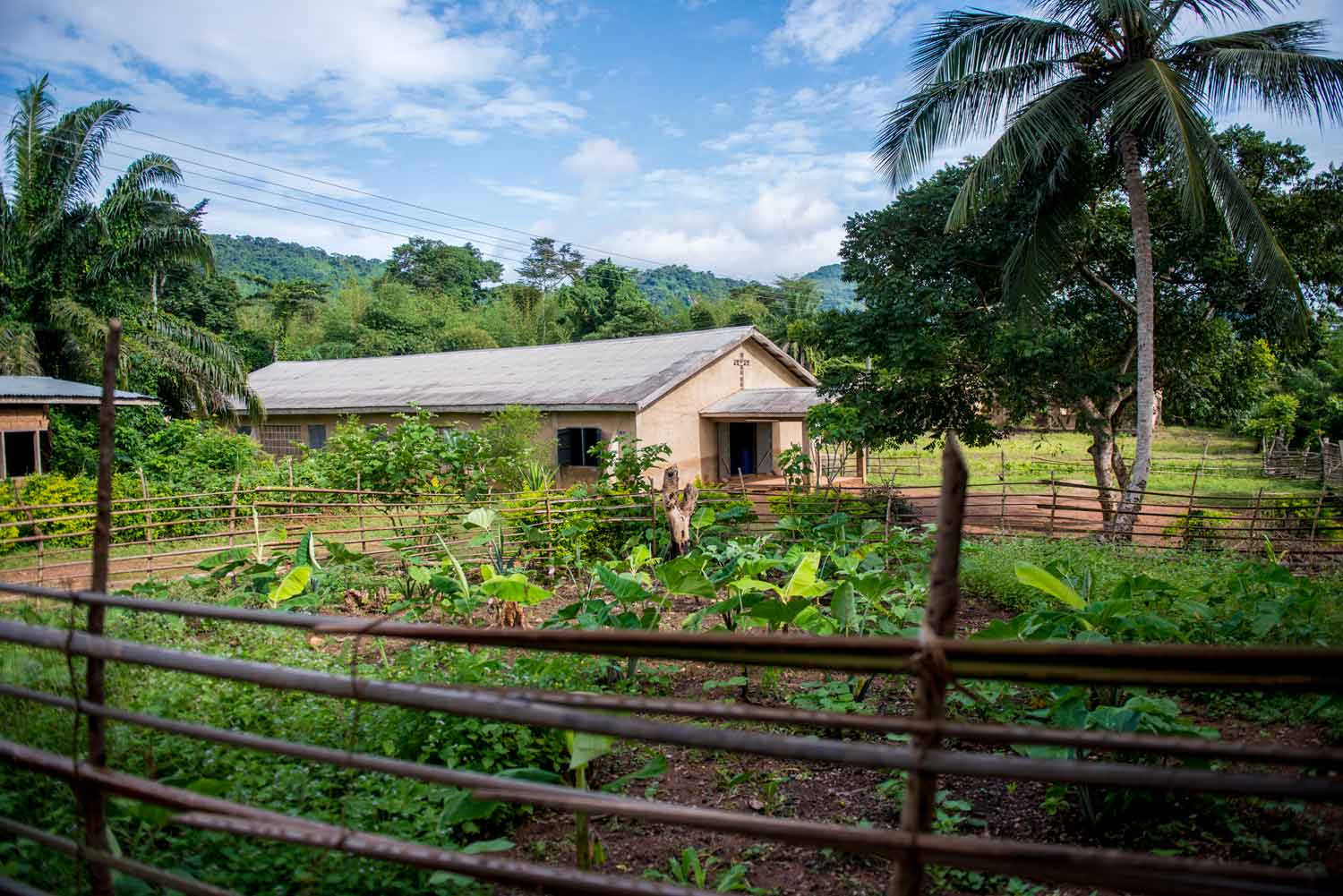 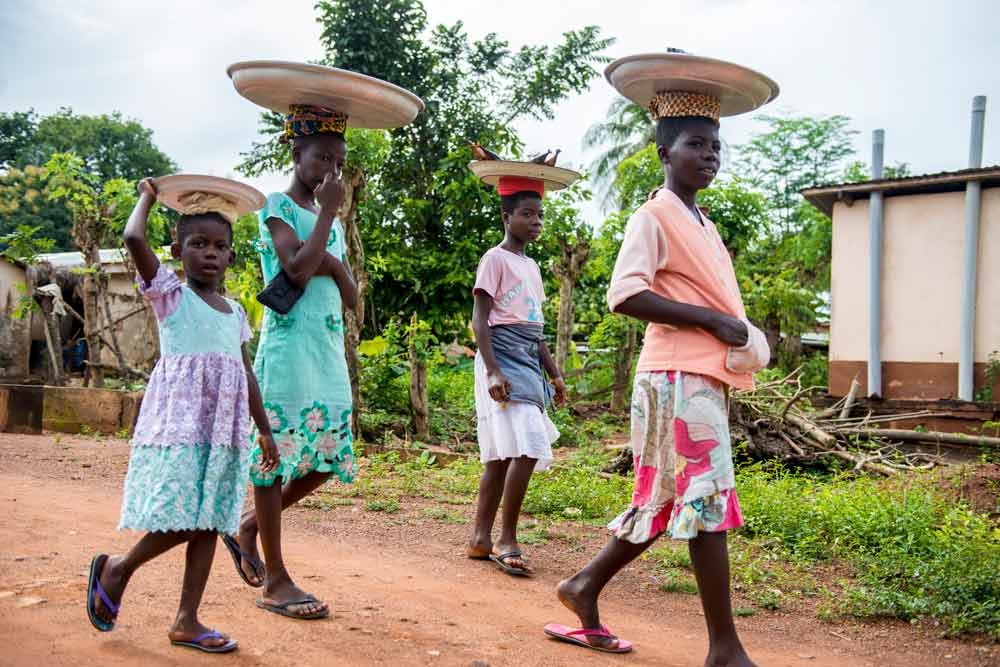 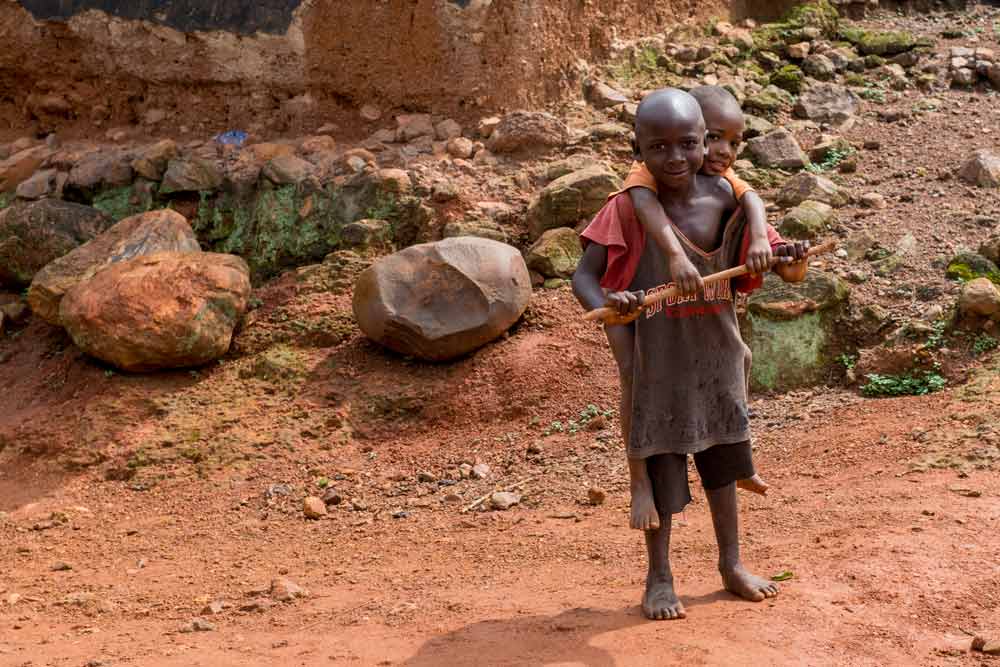 If you’ve ever had a fight with someone, you might have also experienced the phenomenon of not quite knowing how the fight began. What did he say to you that made you so mad? When exactly did your voices begin to escalate? And why did you choose to storm off?

There are two distinct Siwu-speaking groups that we met with when we visited Ghana: the Akpafu and Lolobi.

Prior to Bible translation beginning in the Siwu language, the Akpafu and Lolobi communities were separated — with no intention of restoring relationship with each other.

The funny thing is that when I talked to people in both dialects, no one seemed to have a concrete idea of how the separation between the Akpafu and Lolobi actually began over a hundred years ago. Perhaps the chiefs had argued. Perhaps something had been done or said. Whatever it was, they couldn’t resolve the issue. So they distanced themselves — one group settled to the east and one to the west of a set of mountains.

Despite the distance between villages, when the community began translating the New Testament into Siwu, they picked a translation committee chairman from Lolobi and a vice-chair from Akpafu.

Working as a team, they translated Scripture together — navigating slight idiosyncrasies in their specific dialects and assisting each other — eventually completing the translation in 2009 and dedicating the New Testament.

One of the Siwu New Testament translators, Reverend Stephen Addai, recalled that day fondly: “We decided we were going to launch it in Lolobi,” he said.

“We went around to our chiefs and told them that this was a great celebration. That day, from the time the people began assembling, it started raining. It rained the whole day. And though it was raining, they [the Siwu people] came in the rain and stood in the rain. In fact, it was a joyous sight. Both the old and the young came. It was very historic.”

For years, the Lolobi and Akpafu were separated because of a disagreement no one from either community can recall. But their mutual desire for the Word of God in their mother tongue gave them a common purpose. When it seemed impossible, the Siwu people showed up — together.

The Lolobi and Akpafu communities are now bonded by the words of the gospel in their own language. 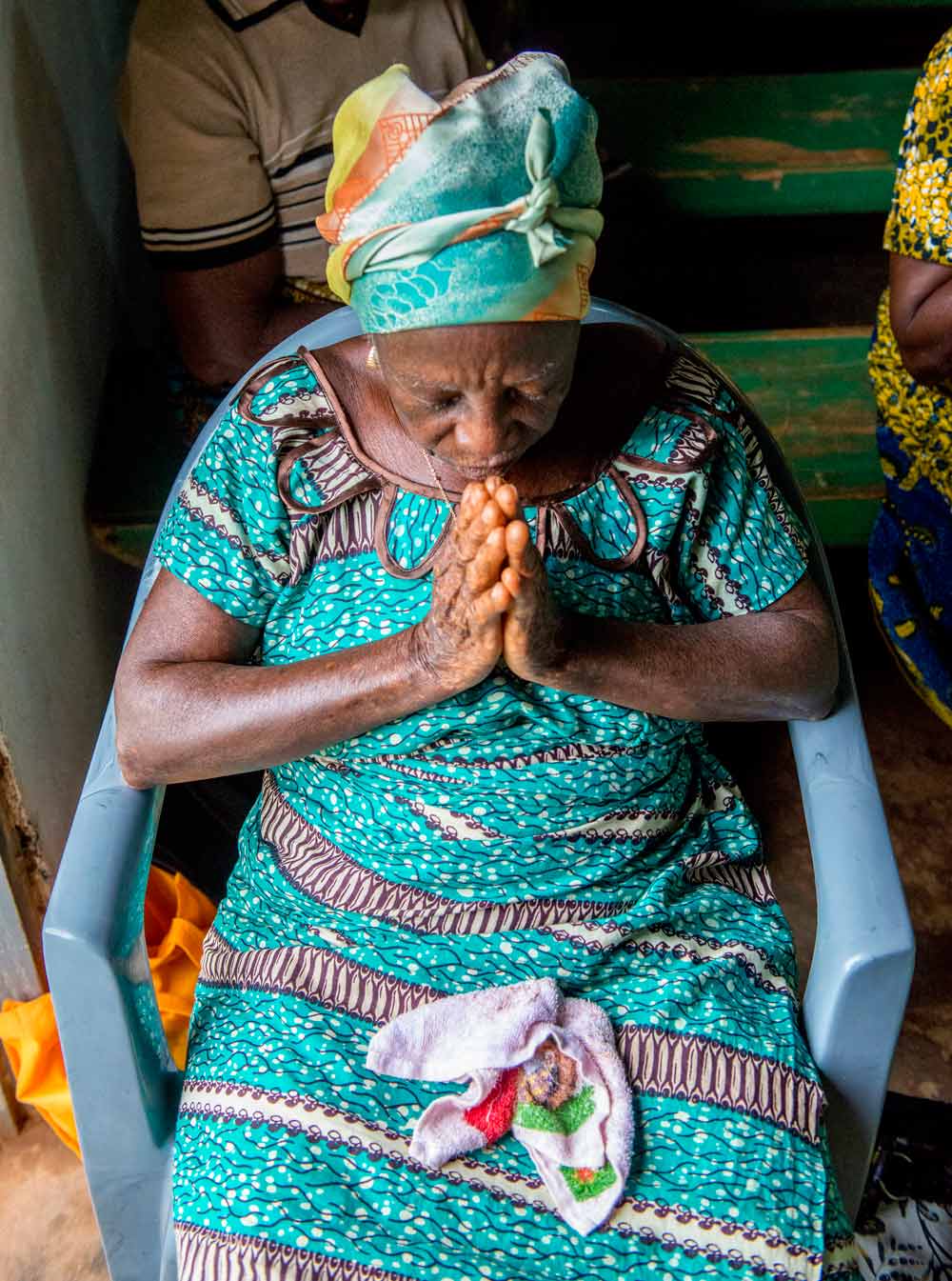 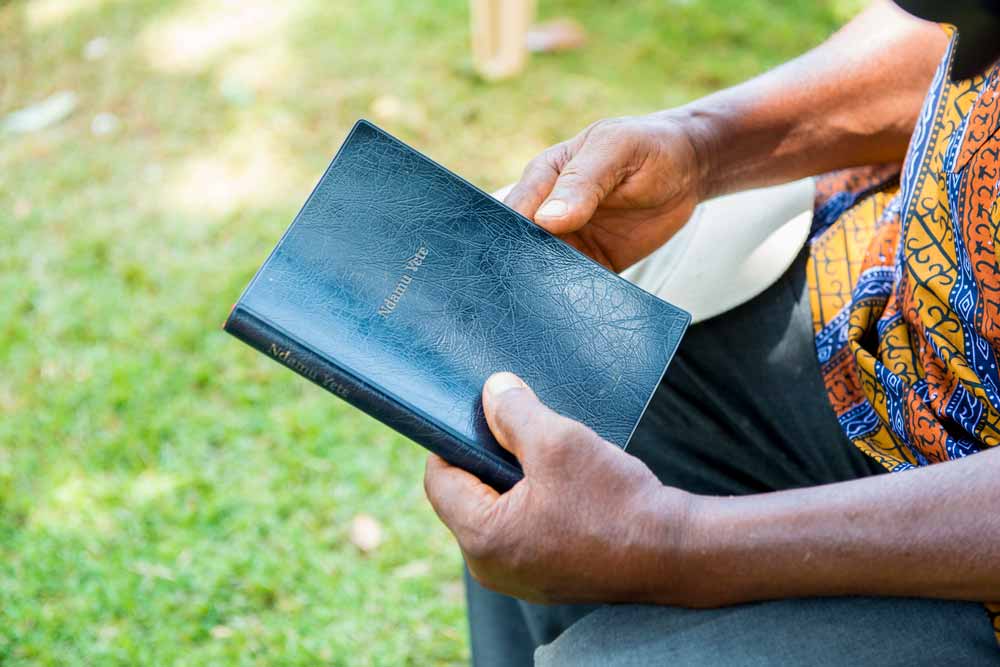 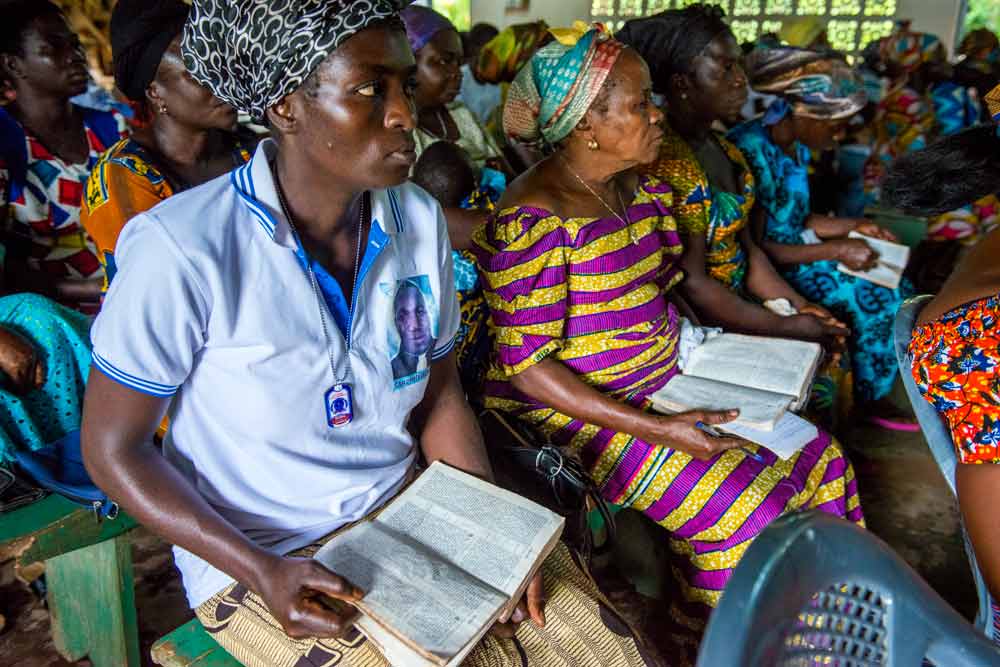 God is in the business of restoring relationships — for the Siwu language, he used Bible translation work to reunite two communities who had been at odds for decades.

But Scripture’s most important purpose is to restore our relationship with God himself. That’s exactly what’s happening among the Siwu people, young and old.

Near the end of our time in Ghana, we were fortunate enough to attend a church service in the Akpafu-Odomi village. We spent three hours worshipping, praying and listening to a sermon delivered in Siwu. Not every part of the service was in Siwu, however, because many hymns and parts of Scripture from the Old Testament are not yet translated into the language. It was fascinating to see the difference in tone and reception when something was read in Ewe versus when it was read in Siwu.

It reminded me of something that George Ogbe, the former chairman of the Siwu language committee and a resident of the Lolobi-Ashiambi village, told me:

“When the Siwu New Testament is read in church, the older people get excited. And they understand the message much better. They prefer that to the Ewe [Scripture]. … They are actually grateful that at last the Word of God is being read in their own language, and it is not only foreign languages that God speaks.”

In that church service, I watched older men and women dance around, jubilant and joyous, when Siwu worship songs were being sung. Older generations never really learned Ewe or English; most only speak Siwu.

“When we are doing Bible studies in Siwu, even the old ladies are making contributions because they understand what you are saying and ask questions,” said Stephen. “They have the liberty. I’ve also seen that formerly people thought they could only pray in Ewe. But no, we taught them, ‘God understands Siwu.’

They now understand that God is not only an Ewe‑speaker, but also speaks Siwu.” 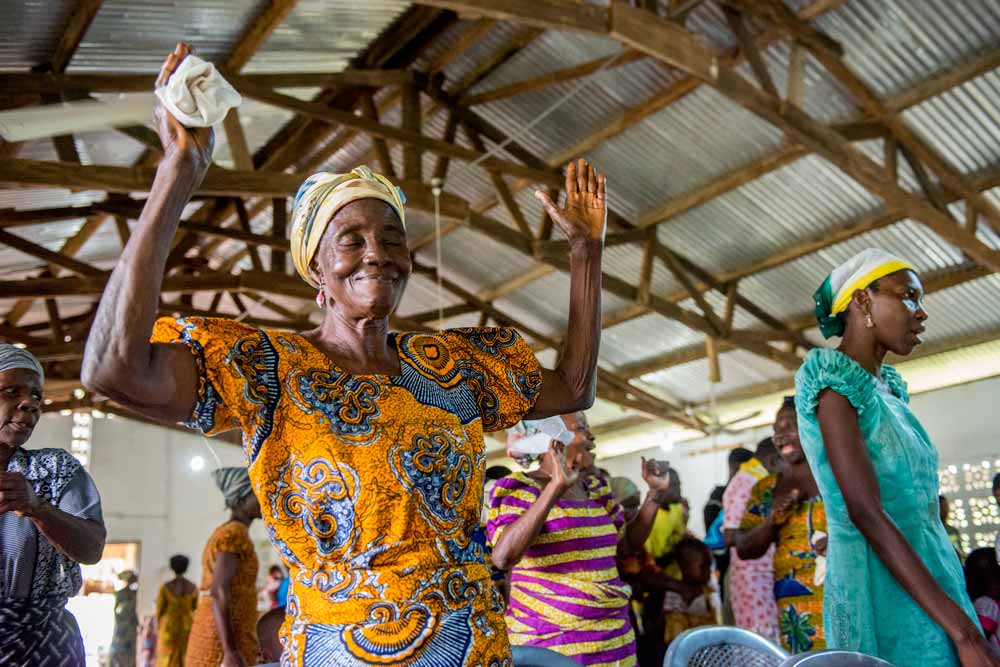 Although Isaac used to be a spiritual teacher for his people, it wasn’t until he was able to read stories from the New Testament in his mother tongue that the messages and meanings really began to click.

As he showed me and our videographer Dan the maps, illustrations and passages in his Siwu New Testament, his excitement was palpable. It brought smiles to all of our faces. As a cool breeze drifted across the grass, Isaac turned page after page and motioned to verses, explaining the wording that was used and concepts presented — each verse resonating with him for a different reason. 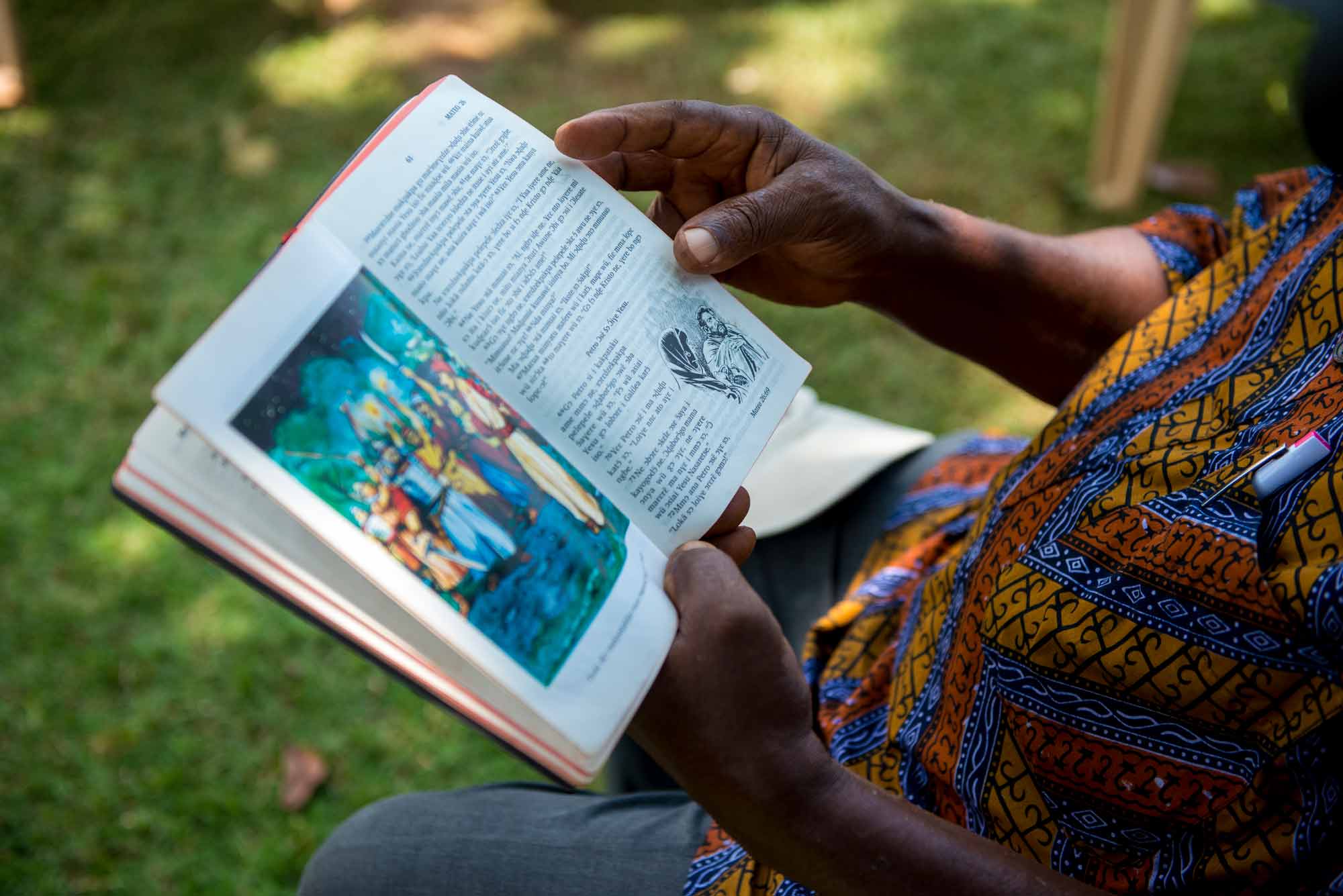 “The Bible is so important to me because I can read it and take home [the message]. I don’t need anybody to come in and translate or explain it to me,” he said. “Nothing is foreign or a barrier to me.”

God is drawing people to himself — young and old — in the Siwu communities. He’s restoring dignity to their language, repairing their relationships with one another and bringing hope to the communities.

That’s what happens when God speaks your language.